The rising American indie-folk trio, CAAMP, is set to paint the walls lavender at Greek Theatre Berkeley on Saturday, July 9, 2022, as they take a pitstop on their 'Lavender Tour' in support of the group's newest upcoming album "Lavender Days". "The sun will be shining, the tunes will be new and the beers will be cold" said the band as they announced the much-awaited tour. To give fans a taste of the new era, CAAMP shared a new single, "Believe", singing "I believe in you, baby, and I'll always be around". Catch the one and only CAAMP perform new songs fresh off of "Lavender Days" and fan-favorite folk anthems like "Peach Fuzz", "Vagabond", "Wolf Song", and "Ohio". Book those tickets now! 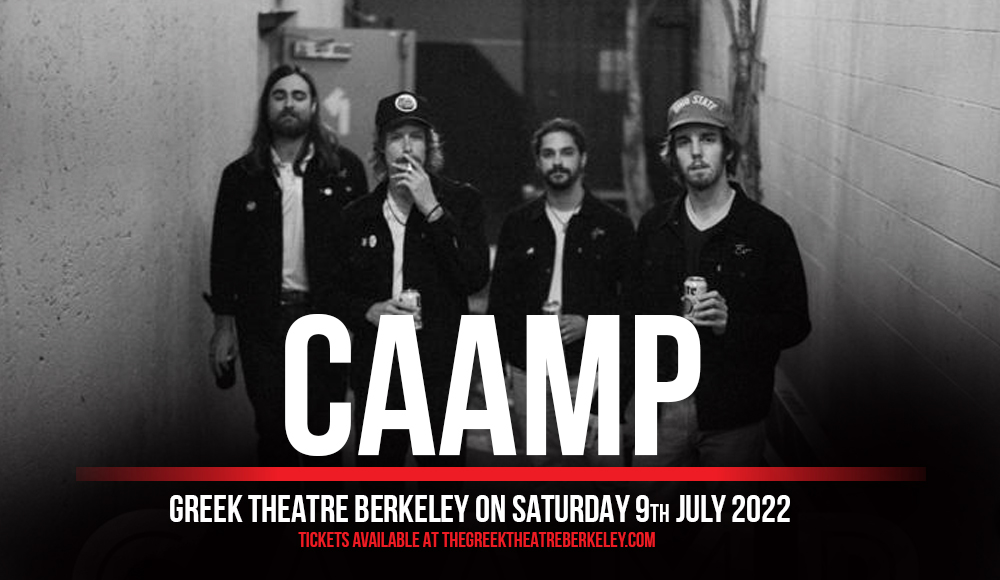 Hailing from Ohio, CAAMP draws its beginnings with childhood friends Taylor Meier and Evan Westfall forming a band. Meir started writing songs and playing gigs at local coffee shops, then experimenting together in an attic, finding their sound which the world would later know as CAAMP's signature folk persona.

With the support of friends and local musicians, CAAMP played gigs and shows with a mission of making a mark in the folk scene. In 2016, CAAMP dropped its debut self-titled album, met with acclaim from listeners, propelling the band to become a notable rising folk band.

In 2019, the band released "By & By", marking their Billboard debut on the Emerging Artists Chart, and #1 on the Heatseekers Albums chart, featuring its crowd-favorite single "Peach Fuzz".

American Songwriter declares CAAMP as "Folk's Next Big Thing". 2016's "Ohio", CAAMP says “That song is our absolute champion,” in an interview, as the song hit unexpected plays and entry to playlists, rising up to the Viral 50 chart. From then on, CAAMP was set to make bigger waves in the American folk scene.

The band is set to release their newest album "Lavender Days" on June 24th. For now, CAAMP gave fans a taste of their new music through their latest single, "Believe". "It's about sticking through the tough and heading for the sun," says Meir.

As 2022 marks a new era for CAAMP, the band is taking the road to meet its fans, perform new songs, and hear the crowd sing along to fan-favorite hits since their debut. Book your tickets now!