Khruangbin comes to Greek Theatre Berkeley on Saturday 16th July 2022 as part of their upcoming North American Spring 2022 tour. The American musical trio will be supported by Toro Y Moi and Men I Trust on different tour dates. The trek kicks off in April and runs until mid-July. The tour includes notable stops in Philadelphia, Boston, Washington D.C., and more. The band is scheduled to play two shows at NYC’s Radio City Music Hall before the tour begins on 9th and 10th March. The tour is highly anticipated ahead of their second E.P. release with Leon Bridges, Texas Moon. It will be out on 18th February, and fans can expect to hear plenty of never-performed tunes on the upcoming tour. If you’re an excited Khruangbin fan right now, make sure you get your tickets this instant before they are sold out! 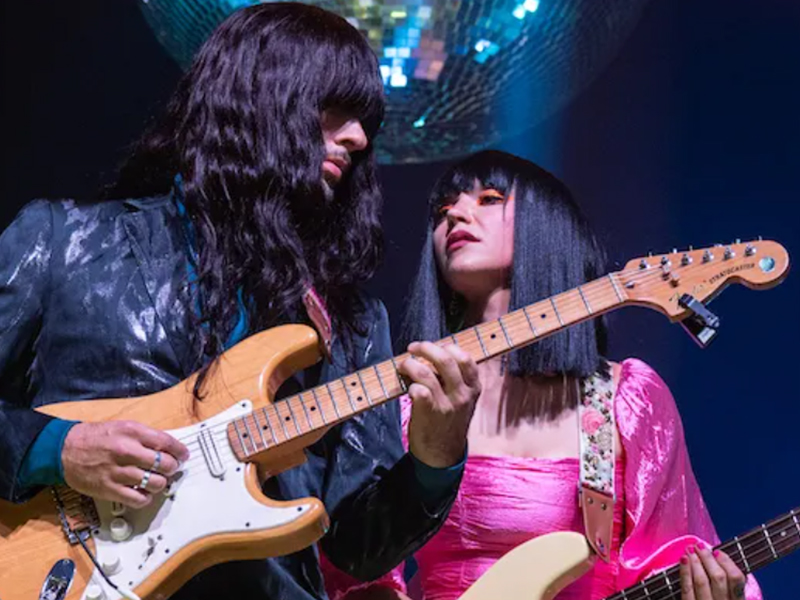 Khruangbin is an American musical trio hailing from Houston, Texas. The band comprises of Laura Lee (Bass), Mark Speer (Guitars), and Donald Ray (Drums). They blend musical influences from a few genres: soul, dub, rock, classical, and psychedelia. The band is famous for their eccentric live performances, and hence they have performed at almost every major music festival in the world. They are a genuine live force that forces the audience to get up from their seats and become a part of the occasion.
Khruangbin’s debut album, The Universe Smiles Upon, was a massive hit and announced the trio to the world. It took influence from 1960’sThai music. Their second album revealed the band’s true diversity and range of music influences. The second album, Con Todo el Mundo drew influences from Spain and the Middle East.
Alongside Leon Bridges, Khruangbin will release their collaborative EP Texas Moon on 18th February. Texas Moon takes inspiration from the state itself by examining Texas musical perception and paying homage to the R&B and country culture. With 3.9m monthly listeners on Spotify and thousands of people waiting for their live tour to be underway, make sure you get your tickets nice and early before they are sold out!