Get ready for three hours of soupy, trippy psychedelic rock from the one and only King Gizzard and The Lizard Wizard! The prolific Aussie powerhouse of a band comes to Greek Theatre Berkeley on Sunday 2nd October 2022 (Rescheduled from Sunday 3rd October 2021) for a mammoth affair where they will perform a selection of tunes from their incredible back-catalog that spans 15 albums in the past seven years alone! As always, they'll be accompanied by warping, colorful visuals that accentuate the groovy nature of their tunes… A must-see marathon show! 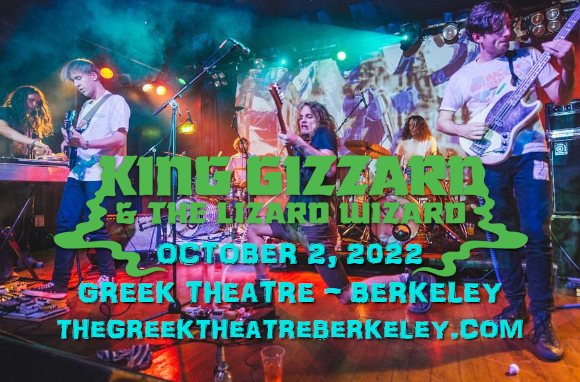