Louis The Child will be bringing their unmissable headline show to Greek Theatre Berkeley on Friday 10th April 2020! Over the last few years Louis The Child have captivated audiences all over the globe and showcased their flawless talents, both on the record and during their concert performances! Get ready to see it all for yourself – tickets are NOW on sale, book yours while you still can! 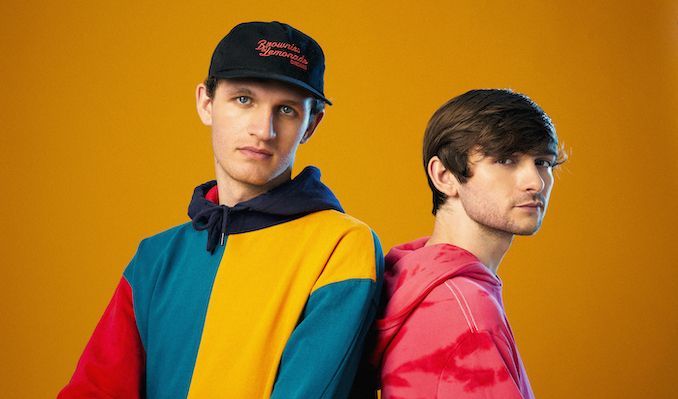 As one of the most exciting DJ duo's right now, Louis The Child are brewing up a storm for their 2020 dates and you can now grab the chance to be there! Their show stopping performances over the last few years have given them the stepping stone they needed to prove to the world they have what it takes to go far. Louis The Child AKA Frederic Kennett and Robby Hauldren have been gracing the stage ever since 2013 as they first started performing at local venues during their teenage years.

By 2015, Louis The Child exploded onto the mainstream with their debut single "It's Strange" with the help of Country Pop superstar Taylor Swift, who raved continuously about their music and included the single on her list of "Songs that Will Make Life Awesome". With her positive feedback, Louis The Child gained an international following and were able to take to the road as a support act opening up for The Chainsmokers and Madeon.

Louis The Child have continued to grab the spotlight with their creativity which they have showcased through groundbreaking singles such as; "Turn Me Down" and their EP record which they released in 2017. That same year, Louis The Child embarked on their very own headline tour and haven't looked back ever since! Their long list of sold out shows caused a major stir across the music scene and led them to perform around the world, including a performance at Lollapalooza South America in 2018. That same year they dropped their single "Better Not" which gained an impressive one hundred million plays on Spotify and still counting!

With all of the excitement surrounding their career, Louis The Child have progressed quickly up the scale for the one to watch in 2020! Don't miss out on your chance to catch them LIVE at Greek Theatre Berkeley this coming Spring!