After the release of the long-awaited follow-up to their Grammy Award-winning album The Goat Rodeo Sessions, Yo-Yo Ma, Stuart Duncan, Edgar Meyer & Chris Thile are headed to Greek Theatre Berkeley on Saturday 21st August 2021 on the Not Our First Goat Rodeo Tour! Joined by Aoife O'Donovan, these impeccable musicians will be performing tracks from their joyful, modern bluegrass album! Book now to see this virtuoso quartet performing at their very best! 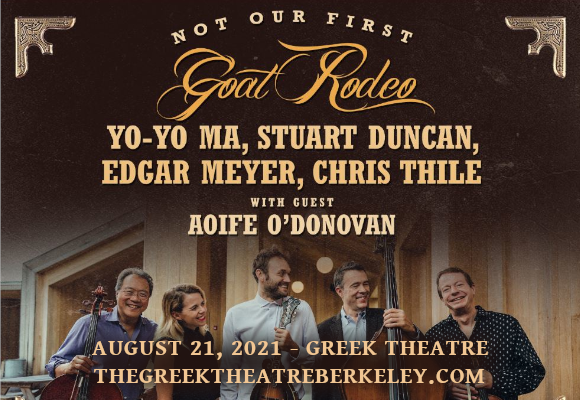