Three-time Libera award winner and four-time Grammy Nominee, Phoebe Bridgers comes to Greek Theatre Berkeley on Saturday, October 16th 2021. Phoebe’s latest album, Punisher, came out in 2020. A dark, indie-rock, emo-funk filled album, expertly rendered, largely downcast songs about broken faith, desperate, occasionally self-destructive love. It's going to be dark, it's going to be gritty, grab some tickets, for this is Phoebe at her very best. Death, trauma, therapy, depression and strained relationships are the tools of the trade here, and they are expertly wielded, into one of the top 10 albums of 2020. 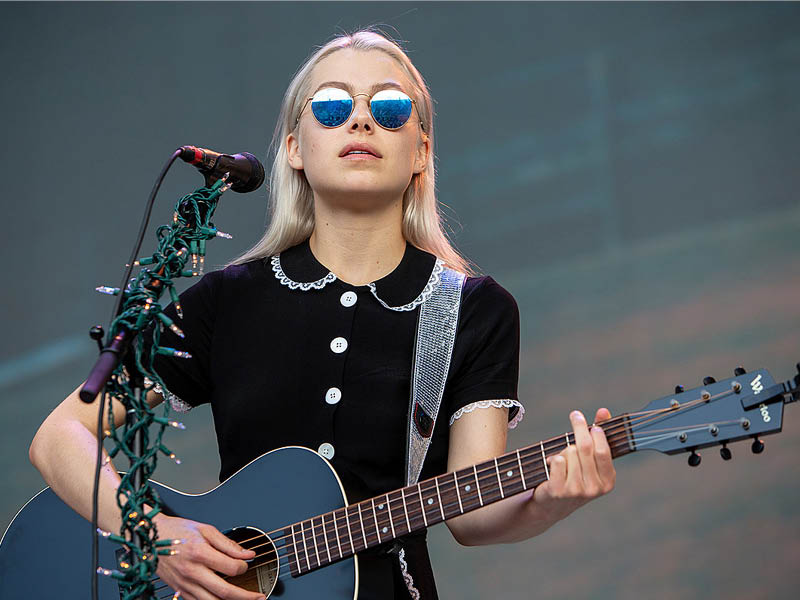 Indie-rock emo-singer-songwriter, Phoebe Lucille Bridgers, hails from Los Angeles, California, she is a member of the supergroup, boygenius, with Julien Baker and Lucy Dacus, and she is one half of the duo, Better Oblivion Community Center, with Conor Oberst. Her solo debut studio album, Stranger in the Alps, in 2017, peaked at number 13 on the Heatseekers Albums, 38 on the Independent Albums and 17 on the Folk Albums charts. She followed it with the album, Punisher, in 2020, a collaborative album of sorts, with writing coming from two dozen prominent musicians, including Julien Baker, Lucy Dacus, Christian Lee Hutson, Jim Keltner, Blake Mills, and Conor Oberst. The album was nominated for 4 Grammy Awards, and charted at number 43 on the Billboard 200 and number 2 on the Top Alternative Albums charts. The album was a huge success, coming in the Top Ten of many end of year album charts. Since then, Phoebe has brought out the EP, Copycat Killer, a collaboration with Rob Moose, with four reworked tracks from Punisher. In March 2021, Phoebe released a second Spotify Singles session featuring a cover of John Prine's "Summer's End" and a version of "Kyoto" featuring vocals from Jackson Browne.