It's time to get excited! Greek Theatre Berkeley presents Rufus Du Sol on Friday 19th July 2019 and it's going to blow you away! Pulling out all the stops, Rufus Du Sol knows how to make a crowd go wild, with a phenomenal, unforgettable live show! Now THAT'S entertainment! Tickets are on sale now, get yours today to ensure you get the best seat. 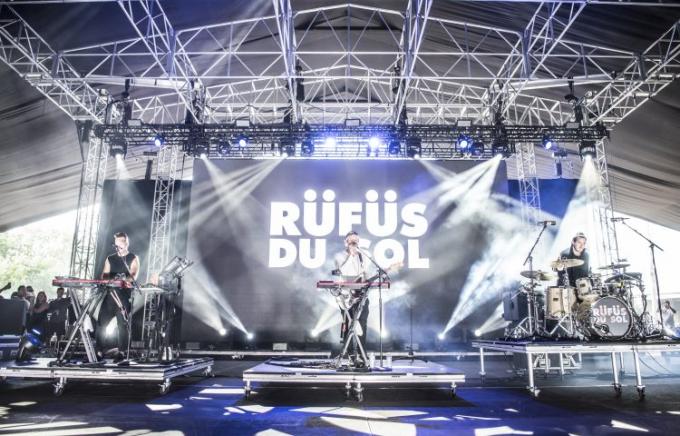 The dance group hailing from Sydney, Rufus Du Sol hit the ground running with their debut album Atlas and kick started their career as it hit the number one spot in Australia. The talented Tyrone Lindqvist, Jon George and James Hunt joined their forces to create the band with one idea in mind to share their music to the world, in its entirety. It's no wonder that just in a few years of being together they were quickly becoming the hottest name on the scene.

Throughout the years these guys have transformed the charts and exploded across the mainstream music scene not just in Australia but across the globe. Along with their releases such as their album Bloom which went straight to the top of the charts, this group has also toured like crazy and just some of their impeccable, must-see performances have included shows at the NSW Bluesfest in 2013, Splendour in The Grass in 2014, Electric Forest in 2016, Mountain Sounds Fest in 2017 and the famous Coachella in both 2016 and then again in the following year in 2017.

With their album releases, Rufus Du Sol have also churned out unforgettable singles such as their hit You Were Right which later won the ARIA Award for Best Dance Release in 2015!

Rufus Du Sol are embarking across North America this coming summer for a full power concert season! If you love dance music you don't want to miss out on their incredible live show as Rufus Du Sol are still the one to watch! Hearing your favorite music through your speakers is great but nothing gets better than seeing your favorite act LIVE as they hit the stage and the crowd surrounds them, jumping and dancing til dawn!