It's time to get rock out with the reggae vibes as the sunshine-harnessing Slightly Stoopid head to Greek Theatre Berkeley on Saturday 3rd August 2019 on their How I Spent My Summer Vacation Tour! The San Diego seven-piece is guaranteed to get you groovin' and skankin' as they bring their energetic, fun-loving vibes to the stage! With Matisyahu, Tribal Seeds and HIRIE in support! 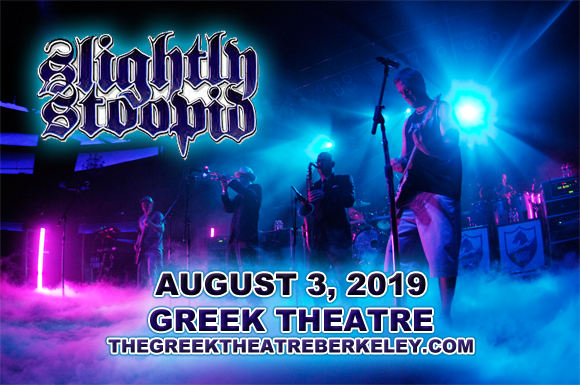 American reggae rock band Slightly Stoopid formed in  Ocean Beach, California in 1994 by childhood friends  Miles Doughty and Kyle McDonald and their high school friend Adam Bausch. Discovered by Sublime singer Bradley Nowell, they were signed to his label Skunk Records whilst still in high school. The band released its debut album, Slightly $toopid, in 1996. To date, the band has released thirteen albums, including four live albums. Their ninth and most recent studio album, Everyday Life, Everyday People, was released in July 2018.