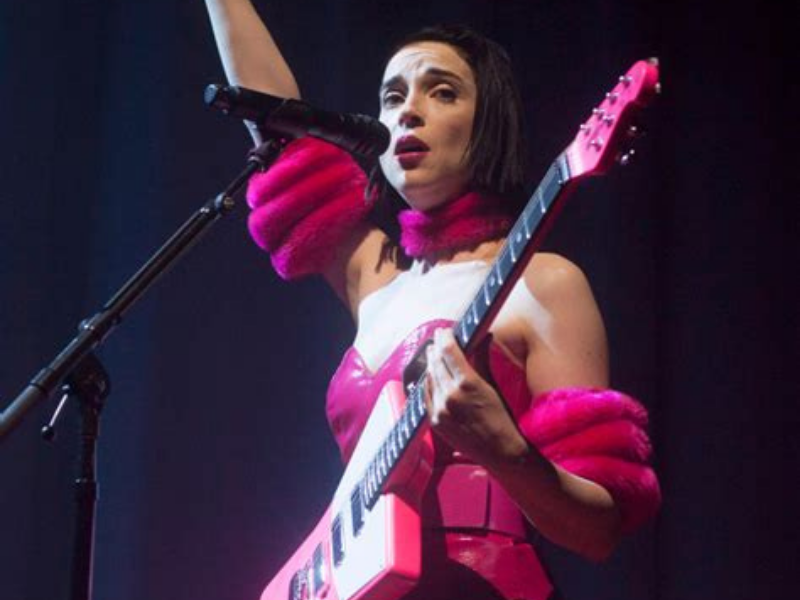 Book your tickets now for a night of wonder and music with St. Vincent on Thursday 23rd September 2021 at the Greek Theatre Berkeley.

St. Vincent, also known as Annie Clark, has been wowing listeners for years with her intriguing talent and music. Described in a 4-star review by The Rolling Stone as, 'a mutant strain of retro pop steeped in New York lore', St. Vincent is a power voice that is ever-evolving. Her 6th studio album released in May earlier this year and titled 'Daddy's Home' has been received with immediate enthusiasm and praise, with songs such as, 'Melting in the Sun', and, 'Pay Your Way in Pain' touching audiences, conveying aspects of her experiences and the relationship she has with her father.

To make the night even more electrifying Indie band Spoon, made up of indie-rock heroes Britt Daniel, Jim Eno, Alex Fischel, Gerardo Larios and Ben Trokan, will be joining St. Vincent. Spoon formed in 1993 in Austin Texas and have released 9 albums, their most recent released in 2017 titled Hot Thoughts. However, a 10th album is eagerly anticipated from the band soon.

Don't miss out and be a part of a rocking night with St. Vincent and Spoon on Thursday 23rd September 2021 at the Greek Theatre Berkeley.