Tedeschi Trucks Band is traversing across America this 2022 with the Fireside Live Tour! It has been two years since the Grammy-award-winning blues band has hit the road, and this year, Derek Trucks and Susan Tedeschi, and the rest of the band are covering all markets, including Berkeley, California! On Saturday, 20th August 2022, the Tedeschi Trucks Band will be performing live at the Greek Theatre Berkeley! Fans can expect the band to perform hits, such as “Hard Case” and “Anyhow.” If you’re aching for some blues jams, then you better score your tickets now to see Tedeschi Trucks Band live at the Greek Theatre! 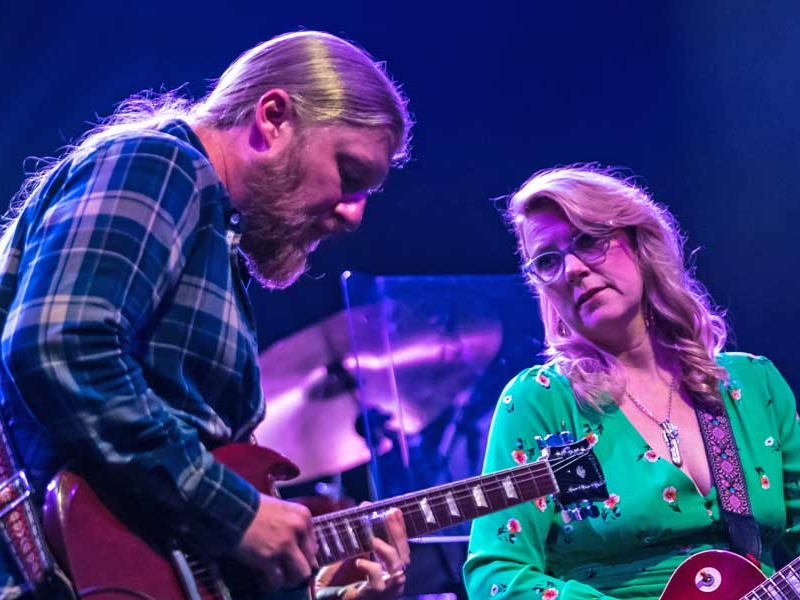 Tedeschi Trucks Band is one of the most-sought after blues-rock and country groups in the U.S. Every year, this 12-member band led by married couple Derek Trucks and Susan Tedeschi creates a family-oriented music festival featuring guests artists – turning every show into a huge collaborative event. Seeing a Tedeschi Trucks Band is not just a simple band-on-stage type of encounter. They have put together a spectacular experience filled with music created with skill and passion.

After touring together in 2007 as separate bands, Derek Trucks and Susan Tedeschi decided to merge their groups, creating the Tedeschi Trucks Band. They released their debut album Revelator in 2011, which performed moderately in Canadian and U.K. charts. The album later won a Grammy Award for Best Blues Album. Two years later, the band released their sophomore album, Made Up My Mind, which performed remarkably on the Billboard 200 chart, peaking at number 11 with over 100,000 units sold.

The band won several more awards from the Blues Music Awards from 2014 to 2017 for Band of the Year and Rock Blues Album of the Year for albums Made Up My Mind and Let Met Get By (2016). In 2018, their live album, Live from the Fox Oakland, was nominated by the Grammy Awards for Best Contemporary Blues Album, but the award went to Taj Mahal & Keb’ Mo.’

If you’re a fan of blues, rock, and country, you better take a ride to the Greek Theatre on Saturday 20th, August 2022. Get your tickets now to see the award-winning band on stage!