“We’re The Black Keys and we’re going on tour this summer. ‘Let’s Rock’ again…" Simple. Direct. On-point. That's how The Black Keys made an impact as Garage band champions almost a decade ago, and they haven't stopped with what they do best — rock! The Black Keys will be spreading the gospel of rock once again and they're bound to hit this side of town at Greek Theatre Berkeley on Friday 10th July 2020. And as they say, "Let's Rock"! Heed this call, but first — tickets. Click on that 'get tickets' link on this site. Save the date, pin the venue, secure your seat, and now —let's rock! 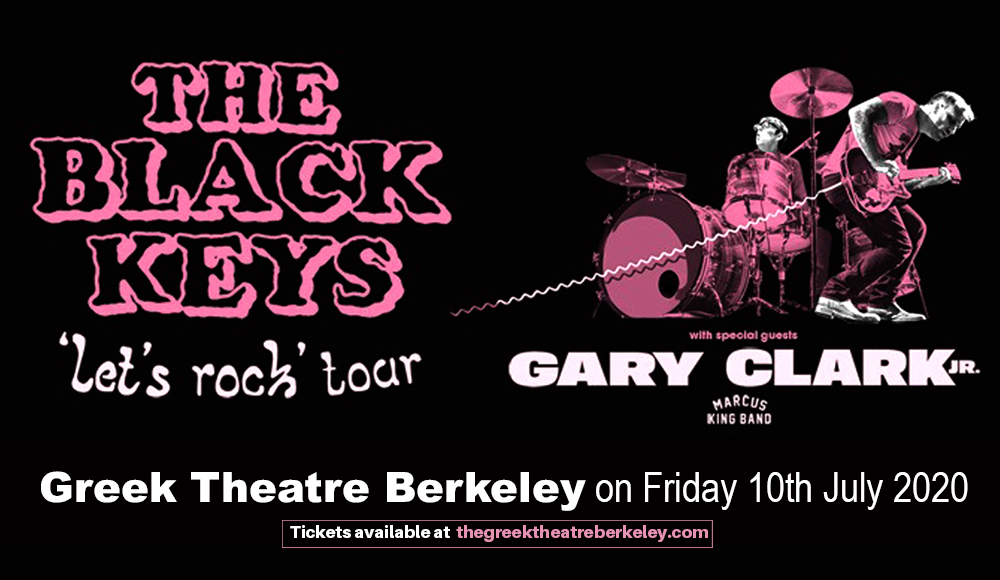 The Black Keys are hailed as garage rock mavens. They are recognized as one of the bands who revived the garage band movement in the mid-2000s recording music in basements and make-shift studios, self-producing, and independently releasing their records. Yet their raw blues rock-influenced sound was just too hard to contain in the confines of a garage. Consisting of Dan Auerbach (guitar, vocals) and Patrick Carney (drums), The Black Keys, so to speak, peddled their first two albums through extensive touring of small clubs, frequent album releases and music festival appearances, and broad licensing of their songs, which was just too hard to ignore and resulted in an ever-growing underground network of fans. By the time they released their third album which further boosted their profile, their fanbase and the commercial impact of their sound were in the verge of bursting at the seams.

In 2010 their biggest commercial breakthrough came with the album "Brothers", which along with its popular single "Tighten Up", won three Grammy Awards. Their 2011 follow-up album "El Camino" was strongly received and acclaimed by critics and peaked at number two on the Billboard 200 chart. The album and its hit single "Lonely Boy" scooped up three Grammy Awards as well.

"Let's Rock"! Yes, you heard it right. Now heed that call and book your tickets now!